10 Handy Skills Every Man Should Know 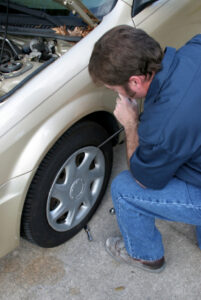 7.     How to Sew on a Button
Don’t worry it’s going to ruin your image to learn how to sew a button. It’s an essential skill that every man should know. First, take about twenty inches of thread and knot it securely at one end. Thread the other end through your needle. Make a single stitch in the shirt or coat in line with the row of buttons.
Hold the button about 1/8th of an inch from the garment and thread the needle through one hole then diagonally down into the next hole. Repeat the same procedure with the opposite holes and do this four times. Wrap the rest of the thread around the 1/8th inch shank you created to create a pillar. Push the needle through this pillar, secure, and cut the thread. All done!
8.     How to Throw a Punch
It may disappoint you to learn that real-world bar-fight punches do not land squarely and evenly the way they do in movies. That said, it doesn’t mean you can’t learn how to throw a good punch when you need to defend yourself. First, pick a target. No, don’t just pick some random guy for target practice. Pick a part of his face you want to hit. The nose is usually the most sensitive, followed by the jaw-line.
Next, comes the stance. If you’re right-handed, you want to put your left foot forward and your right foot back. If you’re a leftie, you’ll do the exact opposite. Bend slightly with your knees to lower your center of gravity. Either way, your back leg should support most of your weight. There’s a big difference in impact when you’re punching with your body versus punching with your arm.
When you’re ready to throw the punch, push off slightly with your back foot, extend your arm and punch, swiveling with your torso. If you’re lucky, you’ll hit the guy the first time. Try to recover quickly because your fist is going to hurt and he’s probably going to hit you back if you didn’t know him out. Get back into your original stance and get ready to fight again if you have to. Once you’re no longer in danger, walk away.
9.     How to Tie a Tie
Alright, trying to explain every way you can tie a tie will be a post in and of itself so check out this link to learn how to tie a tie. Plus, visuals are a lot easier for most of us (especially when we’re in a hurry)! 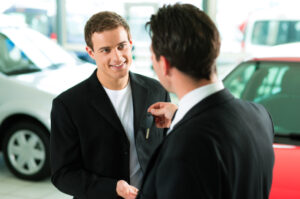 10.    How to Haggle Down the Price of a Car
Negotiating down the price of a car is one of those things every man should know. First and foremost, confidence is the key to winning any negotiation. Also, a sense of humor doesn’t hurt. Remember, don’t act nervous, desperate or worried. Some car salesmen are like sharks; if they smell blood, they’ll go in for the kill.
When you’re in the dealer’s office, take control of the situation. Listen to what the salesman has to say and answer his questions honestly. When he starts to ask about how you’ll be making payments, tell him firmly and clearly, “I’m not interested in talking about a payment arrangement right now. I just want to discuss the price of the vehicle.”
When you’re ready to make an offer, stay in control. Let him know you’re in no hurry to purchase a car today but that if the manager accepts your offer, you’ll be more than glad to sign the necessary papers and drive away today!
There’s a reason women are attracted to men like James Bond. Women want a man who can take charge of a situation and protect them when necessary. Once you learn the few skills every man should know, you’ll not only impress her but yourself as well and that goes a long way in improving your confidence!


← Prev: Top 10 Ways to Avoid Cancer Next: Is She Really Into You or Does She Just Want to Be Friends? → 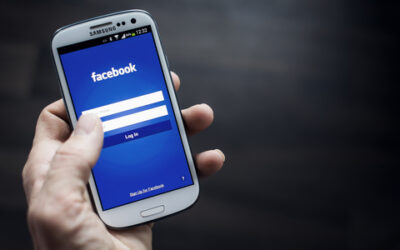 If you have a Facebook, chances are, you over-share. Many do but it can get you into trouble. Potential employers, romantic interests, insurance companies, and even doctors can look up your information any time they want to (and they usually do).  ...

He tosses. You turn. You snore. He plugs his ears. Neither one of you are getting the rest you desperately need and lately, sex has been completely off the table. The solution? Separate beds! It may sound strange at first but many couples find that sleeping separately...