10 Weird News Stories You Have to See to Believe 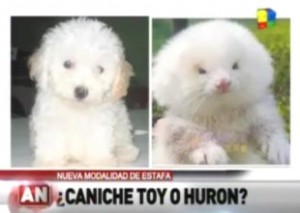 Is the world getting weirder or do we just have more social media to share weird news on? Whatever it is, there’s plenty of weird news out there to share. Check out these 10 weird stories you just have to read to believe.
1.     Ferret On Steroids
Talk about weird news. An unsuspecting Argentina man shelled out $150 for what he thought was a fluffy toy poodle only to find out he actually bought a ferret. Apparently, in Argentina, con artists purchase ferrets by the litter for little to know money and load them up with steroids to bulk them up.
They are also groomed and fluffed to resemble toy poodles. I don’t know about you but the poor sap who bought this thing must have been near-sighted. It doesn’t look anything like a dog but it sure looks mean as hell!
2.     Born Free
How’s this for a strange story? Bonita Springs, Florida resident, Steven Trew was arrested for breaking into The Everglades Wonder Gardens and setting free a bunch of zoo animals while intoxicated. He was found fumbling around amidst deer, pigs, and birds out of their cages. Alcohol-induced animal rights activism wasn’t his motivation for freeing the animals. According to Trew, he was miffed the zoo was scheduled to close on the 21st of April. Wha. Wha.
3.     No, Really, He’s Dead
A fed-up Scottish woman was sick and tired of being hassled about her father’s small unpaid debt; especially since the man has been dead for nearly two years. Even after sending several letters and a copy of her father’s death certificate, the harassment continued. Finally, she went to the bank and slapped his ashes on the counter. Siobhan Peers is no longer receiving harassing letters. They’ve sent the debt to a recovery agency.
4.     The Female Kanye West?
Just about every award show has that awkward moment where a celebrity gets too drunk or too crazy to handle themselves. The 2013 MTV music awards was no exception. When comedian Will Ferrell won a trophy, AubreyPlaza wordlessly walked up to the stage and tried to pull it out of his hand. Confused, Ferrell asked, “What’s happening? Are you OK?” Deterred, Plaza walked back to her seat and was soon escorted from the awards show. Weird news. Does anyone know who she is?
5.     Jesus Juggles 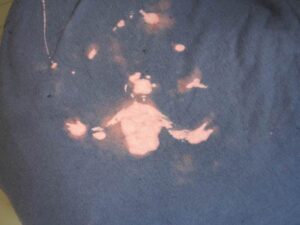 UK native Martin Andrews now understands the term “cleanliness is next to Godliness”. The spilled fabric conditioner on his T-shirt shows what looks like an image of the Christian Lord and Savior happy and juggling with one lobster-like hand reaching out to the masses. It may be a stretch but Andrews isn’t taking it too seriously. “I showed my mates at work the picture and one of them said, “I’ve heard you can find comfort in Jesus but you’ve found Jesus in Comfort”,’ he added.
6.     Burn Your Bras
In other odd news, apparently bras are no longer good for women and never have been. French scientist Jean-Denis Rouillon spent 16 years examining the breasts of over 300 women aged 18-35 and has proudly proclaimed that bras useless. According to Rouillon, wearing a brassiere from an early age does nothing to improve firmness or prevent sagging.
7.     Murder in the Netherlands
With Google Earth, nothing you do is sacred anymore. However, if you’re just going to pick your nose in traffic or have sex on the beach with someone special, that’s one thing. But if you’re going to kill somebody, you’re not going to get away with it as easily. Google Earth picked up disturbing image of what looks like a bloodied human body lying on a pier. Nothing has been confirmed yet but this is some seriously strange news.
8.     Police Work Goes to the Dogs
During a standoff in New Haven, Connecticut, two police officers threatened to call out their dogs if the two robbery suspects they were after didn’t give themselves up. The problem? They didn’t have their canine units available. So they did what all intelligent, self-respecting police officers do, the hunkered down and barked like dogs. The trick worked. Within moments, they had the suspects in custody!
9.     The Smell of Death
The people at Demeter Fragrance must have an awful lot of time on their hands. In preparation for the “inevitable” zombie apocalypse, Demeter has come out with “Zombie for Her” and “Zombie for Him” designed to help you blend in with the undead when they take over the world. According to those who’ve been unfortunate enough to get close to the stuff it smells like a combination of volcanic ash and decaying yard waste. Yum.
10.    Are You Sirius?

An upcoming documentary called “Sirius” claims to show the skeletal remains of a 6-inch tall extraterrestrial creature. It was supposedly found in the deserts of Chile a few years ago. In addition to additional information about the diminutive ET, the documentary reveals “secrets” about technology and government secrecy.
What about you? What’s the weirdest news story you’ve seen this year?

Next: Top 10 Websites to Waste Time On 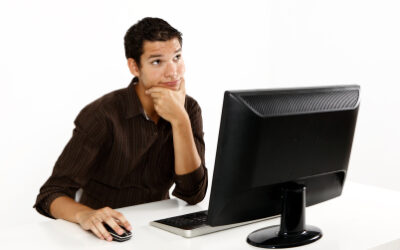 It’s Friday afternoon (or heck, maybe it’s Monday morning) and you’re too distracted to work. Where are some fun websites when you need them? Right here. Men’s Health Net has come up with the top 10 websites you can visit right now to waste time, beat boredom, and...