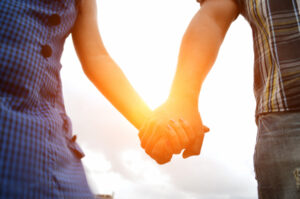 If you’re having trouble finding a man at the usual bars and clubs you frequent, it’s probably not you. It might just be where you’re trying to pick up men. If you really want to find a boyfriend and get into a lasting relationship, get rid of the competition and start picking up men in these unusual places!

If you really want to find a boyfriend, you can’t go wrong finding him at a science-fiction convention. Well, you have to be looking for the right type. He’ll probably be a shy guy but he’ll be very attentive and grateful that you’re interested in him.

If you’re really going to find a man at a sci-fi convention, find out what type of comic book or science fiction conventions are going to be in town and get familiar with at least one comic book or television series. That way, you can dress up as one of the characters and chat up the best-looking guys.

Hint: Try “Firefly”. It’s a science fiction series that only has one season and one movie but a very loyal following!

If you’re looking for the rough and rugged type, the home improvement store is a great place to meet men. Wander around the aisles looking purposeful. Once you’ve found your intended target, pay attention to see if he’s alone and without a wedding band. Ask him his opinion on something. Tell him your father, uncle or brother sent you to the store to pick something up but you’re not sure if you’ve got the right item. He’ll be flattered you’re asking for his advice.

The grocery store can also be a great place to find a boyfriend. Pay attention to what the guy you’re interested in is buying. If it’s kid’s meals and enough food to feed a family, move on. He’s taken. If, however, he’s got a bunch of frozen and canned food, he’s most likely single and can’t wait to find a good woman to prepare him a home-cooked meal.

The laundromat is a great place to meet single men because this is where single men do their clothes. If he’s not wearing a ring or folding Onesies, chances are, he’s single. Here, you can catch his eye in a creative way. If you’re feeling adventurous, “accidentally” drop a pair of your sexiest panties right in front of him. He’ll probably know you did it on purpose but he’ll certainly be intrigued!

Just remember, when you’re single, men are everywhere. Wear the kind of clothes that get a man’s attention and look outside the box. If you do, you’ll find a boyfriend in no time! You can also give your dating life an edge by experimenting with pheromone colognes for women. Men who never noticed you before won’t be able to take their eyes off you!

← Prev: Shy Guys: How to Get Her to Notice You Next: Guys: Easy Ways to Boost Your Confidence →

The Science Behind Perfume Pheromones | Does They Really Work?

When you are walking across the street, your nostrils suddenly become filled with an attractive scent, and you stop in your tracks because of it? Have you ever experienced this? It's totally fine! You are not alone in feeling this! Certain perfumes are made...