Break the Glass Ceiling with Pheromones for Women 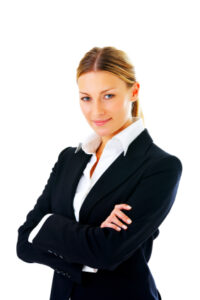 In the 21st century, gender equality has come a long way but despite the strides we’ve made, woman still earn less money than their male counterparts for the exact same position. Women are still passed over for promotions in favor of men. The key to empowering women is teaching them how to own their own strength and rise to the top. With pheromones for women, you can find your own unique way to break the glass ceiling.

What is “The Glass Ceiling”?

The glass ceiling is the idea that no matter the qualifications, there is an unseen “barrier” that prevents women and minorities from reaching the highest ranks in any corporation.

Pheromones for Women – Your Secret to Professional Success

The term “alpha female” may bring to mind images of a cold-hearted woman in a power suit that eats the competition for breakfast. What exactly makes a woman an alpha anyway? Pheromones. That’s right. Pheromones are amazing chemicals used by nearly all animals and insects to influence food gathering, social bonding, mating behavior, and parenting.

According to a study published by the US Journal Proceedings of the National Academy of Sciences, women who have more natural testosterone are more successful in business. Until now, there was no way a woman could boost her natural testosterone levels unless she wanted a sex change. With the power of pheromones, you can harness the power of this male hormone without growing a beard!

Woman on Top – Make Testosterone Work for You

Alpha 7 Women’s Unscented Pheromone Product contains a powerful blend of androstenol and androstenone, steroids that have been shown to increase the respectful attention of those around you. When you wear this pheromone made just for women, people will begin to treat you like the leader you were born to be.

The Magic of Oxytocin – The “Trust” Pheromone

When you want to be in a position of power, you have to have the trust of people around you otherwise you will come across as that cold-hearted woman who will step on anyone to get to the top. You know what they say; it’s easier to catch flies with honey than vinegar.

Pheromones like Edge Trust and Liquid Trust are the perfect pheromone scent to wear when you want people to feel comfortable around you. The secret ingredient in these pheromones is oxytocin.

Oxytocin is the trust and bonding hormone that eases feelings of anxiety in you and promotes feelings of trust in those around you. Paired with slick blue suit (blue is the trust and leadership color), you can’t go wrong. You’ll own any business meeting you walk into and you won’t have to take over, people will want to hear what you have to say.

If you’re a woman who wants to succeed in business and show the corporate men around you that you’re just as capable and confident as they are, you can put pheromones to work for you. Don’t sit on the sidelines while your career opportunities pass you by.