Is Alcohol Dependency Affecting Your Health? 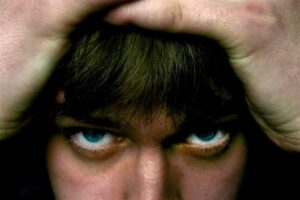 For most men, a drink or two is a great way to relax at the end of the day or socialize with friends on the weekends. But what about when alcohol consumption gets out of control? Effects from alcohol consumption can be both physical and mental. If you’re dealing with erectile dysfunction or chronic gastritis, these are just two of the alcohol body effects you might notice if you drink too much alcohol.
Signs of Alcohol Dependency
Alcohol dependency can sneak up on any man. It can start with a couple of drinks after work with the guys to bringing home and downing a twelve-pack every day. Suddenly, your significant other seems to be nagging you all the time about your drinking and your work performance is suffering. How did this happen?
Here is a list of 7 common signs of alcohol dependency:

Mental/Emotional Effects of Alcohol Abuse
Alcohol body effects aren’t the only thing a guy has to worry about when he’s been hitting the bottle too hard. Alcohol consumption affects the mind as well and this effect is one of the leading causes of relationship difficulties. Common signs of these mental and emotional effects include: 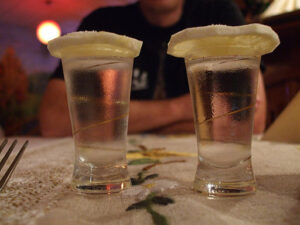 An investigative study published in November of 2002 cited poor social problem-solving and impulsivity as two common factors alcohol-related aggressive incidents. Also, men who struggle with their tempers while sober may become physically violent toward friends, family or their significant other while drinking.

How to Cut Back on Your Drinking
If your alcohol consumption has gotten out of hand, there are a few steps you can tame to cut back on drinking and get it back under control. First off, avoid triggers. This means avoiding the people and places you associate with drinking. Second, find alternatives. Spend less time with the buddies who like to drink and more time building meaningful friendships with people who share different interests.
Third, understand that urges will happen. When they occur, don’t try to fight them. Acknowledge them. Be with them. Then let them go and distract yourself with a meaningful hobby or activity. And last, learn when to say “no”. If your new goal is to only have 1 or 2 drinks per day, stick to it. Don’t give into peer pressure. It’s your body and you have a right to say what and how much goes into it.
When it’s Time to Get Some Help
When alcohol consumption becomes more important to you than your family, romantic or social life, it might be time to seek counseling for your addiction. Many men believe that asking for help is a sign of weakness. Nothing could be further from the truth. The risk of alcohol physical and mental health problems is enough reason for reaching out and getting the help you need.
Remember, a stiff drink may take away your troubles for a couple of hours or a night but they’re only creating more of them for you the next day. When you self-medicate with alcohol, you’re not dealing with the pain, you’re only making it worse.
Once you get your drinking under control or decide abstinence is the best choice for you, you can reverse the effects of excessive alcohol consumption with a healthy diet, exercise, and natural supplements. No matter how long you’ve been drinking, there’s always light at the end of the tunnel. You just have to take the first step.

Also, do you know the signs and symptoms of drug abuse in men?

← Prev: Sexually Transmitted Diseases: How Men Can Avoid Them Next: Signs and Symptoms of Drug Abuse in Men → 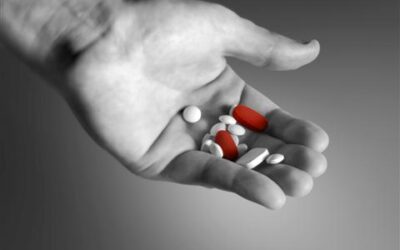