Ladies: How to Flirt (Without Looking Silly) 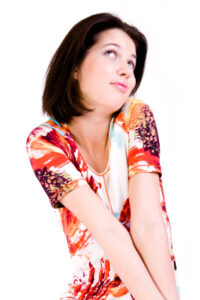 Flirting. For some women, this is effortless. For others, it’s terrifying. Shy women especially, have a hard time flirting without feeling like they’re being fake or awkward. If batting your eyelashes like you’ve got something stuck in your contact lens and plastering an insta-grin on your face is all the flirting you know how to do, don’t feel bad. Flirting is a kind of social skill that requires you to be both fake and genuine at the same time. It’s confusing. Here’s how to flirt with men successfully without looking silly.

Making the first move is a bit of a conundrum unless you want to be the dominant one in the relationship. If you don’t want to come off as too aggressive (or crazy with that whole spastic eyelash-batting thing), make him think he’s the one making the first move. This requires a bit of sneakiness on your part but it can be fun if you know how to do it right.

Let’s say you see a man you find attractive on a train. Have difficulty with your luggage. Walk by struggling with it. If he’s a gentleman, he’ll offer to help you. This way, he’s made the approach and you can take things from there. The heavy-object flirt is one of the best approaches because it touches a man on that protector/provider level and makes him feel instantly close to you.

If you’re really clever, you can accidentally/on-purpose bump into him in a crowded club or bar. Be careful though, as this can backfire. The last thing you want to do is crash into him headlong and make him dump drinks all over himself and his friends. Use this one sparingly and only if you’re sure you can do it (or you’re close enough to the door to beat a hasty, red-faced retreat.)

2. Start with a Casual Opening

Always start with a casual opening. Something like, “Place is packed, eh? or “Nice day isn’t it?” is all you need. It’s a simple invitation to start a conversation. If he simply nods and looks away, he’s not interested in continuing the conversation. Just move on. He may be busy right now or more interested in being the one making the first move. He may find you later and strike up a conversation himself!

3. Gaze Deeply into His Eyes (And Don’t Look Away)

If he does respond favorably, make eye contact while he’s speaking with you. Gaze into his eyes and listen to him carefully. It may be uncomfortable at first to stare at someone for so long but you’re deepening a connection and letting him know you’re interested in talking only to him. A strong, connected gaze makes him feel as though you’re looking into his soul.

To do this correctly, keep your eyes relaxed. Think of yourself as smiling with your eyes. A wide-eyed or angry gaze will confuse and unsettle him. Eventually, you should look away. If you’re a contact-lens wearer especially, staring for minutes on end could get uncomfortable for you both.

4. Encourage Him to Talk About Himself

Even if you don’t know how to flirt with men, the easiest way to get him interested in you is to encourage him to talk about himself. This way, he can talk about a subject he’s familiar and comfortable with and you can spend time gazing at him, observing him, listening to him, and really taking him in. This way, when it’s your turn to speak, you’ll be able to give honest, genuine responses and ask questions that keep the conversation going.

5. Compliment Him Early On

Striking up a conversation and listening carefully doesn’t always tell a man you’re interested in getting to know him romantically. This is the 21st century and women don’t always talk to men because they want a date. This is why in order to let him know you’re interested you should compliment him early on. Tell him he has nice eyes, a nice smile or a pleasant voice. If you’re feeling really confident, use the word ‘sexy’ in place or nice or pleasant. Only the most oblivious man on earth won’t pick up those cues!

6. Touch Yourself and Then Him

Flirting with men means knowing how to touch yourself. No, not like that. While you’re talking to him and gazing into his eyes and complimenting his smile, remember to gently touch your hair or touch your fingers to your lips. Wait for a few minutes to go by and then find an appropriate moment to touch his arm or brush against him. Breaking the touch barrier immediately dispels the awkwardness of flirting with men and sparks a deeper connection.

7. Know When to Walk Away

Depending on where you’ve met the guy, the conversation may get stale and it’s important to know when to bow out. Let him know you have to get going or you’ve got a meeting to keep (even if you don’t). This will prompt him to either ask you out for a date or ask for your phone number so you can chat later. This is always a sign you’re flirting well. Bowing out of the conversation early on keeps the conversation from developing into an awkward silence and keeps him wanting more.

Now that you know how to flirt with men, you can feel confident in your ability to get out there and mingle. Don’t worry if it feels awkward at first. Eventually, flirting, like any other social skill, will feel as natural as breathing!

Get his attention today with these Outfits That Make Him Notice You!