Men: Why You’re Always Striking Out With Women 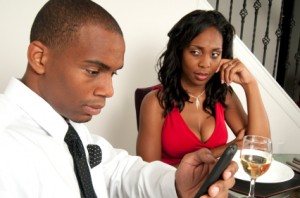 Why is it some men seem to have all the luck when it comes to dating and you keep striking out? You’re a reasonably good-looking guy with a solid job and good friends so why does it seem you can’t get a date to save your life? Here is a list of ten reasons why your recent love life has been nothing but a series of brush-offs and bad dates.

Women are naturally attracted to men with confidence. Confident men have that certain swagger that says he knows what he wants and how to get it. He’s got a gleam in his eye that tells a woman exactly what he’s thinking without being too crass.

If you think lack of confidence is an issue for you, don’t feel bad. You’re not alone. No man is born with dating confidence. It’s learned just like any other social skill. Confidence is more than a sharp suit and a big package. It’s an attitude, an air that a woman can just feel.

You may have never thought about using pheromone colognes to increase your confidence but scientific studies have proven that they work naturally with your body chemistry to induce feelings of calm, trust, intimacy, and desire. The type of feelings she’ll have for you will depend only on the type of pheromone cologne you use!

It’s been said that nice guys finish last and women always fall for the bad boys. In some cases, it’s true but if you’re going to be the ‘dark, dramatic, brooding type’ well, actually have to be dark, dramatic, and brooding. Otherwise, you’re just going to come off like a jerk. Cursing, fighting, grabbing her butt, staring at her breasts, and throwing around cheesy pick-up lines do nothing to turn her on. They just make her want to get as far away from you as possible.

Speaking of which, another reason you keep striking out is you’re self-absorbed. When you want to impress a girl, you should make an effort to dress nice and smell good but avoid gazing into every available mirrored surface to check yourself out during the date. Also, tell her about yourself but don’t brag and always listen more than you speak. Really pay attention to what she’s saying to you and the signals she’s sending. A woman wants a man to truly understand her, someone who wants to get to know her, not just get her into bed.

This goes along with the self-absorbed thing. Stop starting at her breasts and focus on what the woman you’re dating is actually saying. Also, keep your cell phone on vibrate and don’t take any calls or texts unless it means your life. When you spend half the date ogling her and the other half texting your best friend about how you’re going to “get some” tonight, you’ll be going home alone.

This is a serious issue for some men. Some men strike out with women because they don’t like them as a species. Something from their past or childhood tells them women are not to be trusted. That they are nothing but tramps or gold-diggers that will use you up and leave you high and dry. So no matter how sweet, stable, and kind the woman you’re interested in is, you’ll only end up mistreating her because you secretly think she’s going to hurt you. If this is the reason for your chronic bad dates, you should spend some time working out these issues before trying to get into any type of serious relationship. 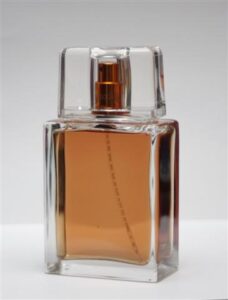 If you want to mix some pheromones with your favorite cologne, go ahead. Studies have shown that synthetic pheromones can increase your confidence and the positive, trusting feelings of those around you. However, don’t bathe in your cologne to attract a woman or cover up your poor grooming. Shower daily, trim or shave your beard, and dress in casual, comfortable, yet stylish clothing. Get a new haircut and dye out the grey. And dab on just a little bit of cologne and pheromones before heading out for the night. Good grooming goes a long way in impressing the woman you’ve got your eye on.

You may have never heard of Asperger’s syndrome but it’s a type of social learning disorder characterized by obsessive and repetitive behaviors, inability to comfortably look people in the eye, sensory overload, and coordination problems. You may have been told you take everything literally, you can’t take a joke or you just don’t ‘get it’. Even if you don’t have enough of the symptoms of this developmental disorder, many people are on the autistic spectrum and are not even aware of it. You may have simply lived a really sheltered life and just don’t know how the mating dance works. It’s okay. There’s nothing wrong with you. You’re just striking out because you’re having trouble reading a woman’s signals.

Men with drug or drinking problems often strike out with women because of their behavior. If you’re on a date with her and you’re strung out, hung over or bombed, she’s sure to remember it but not in a good way. Alcoholism and drug abuse are real illnesses that should be taken seriously. If you believe you have a problem, it’s a good idea to get into a rehabilitation program before trying to get involved in a romantic relationship. If you don’t, you’re liable to end up in an unhealthy, co-dependent relationship with another addict.

You’ve got a new love interest and you can’t wait to see her again but how many times do you call or text her? One of the reasons you may be striking out with women is you’re coming off a bit needy. After the date, send her a text letting her know what a great time you had then wait a full 24 hours before contacting her again. A woman wants to know you’re into her but she doesn’t want to feel like she should change her locks or move. Back off a bit and let her come to you.

10. You Haven’t Been on a Date Since Clinton Was President

If it’s been a while since you’ve been out on a date, you just might not know how to do it. Dating after divorce can be especially difficult for men for a variety of reasons. You may just not feel ready to get into another relationship because you haven’t gotten over your ex. If it was a particularly messy break-up or divorce, maybe you’re still wrestling with trust issues. If it’s been a while since you’ve dated, don’t be so hard on yourself. Take the time to update your wardrobe with some new threads, drop a few pounds, and learn some new ways to pick up women. You’ll be back in the game in no time!

No matter why you keep striking out with women, you’re not a loser. There is somebody out there for everybody. Maybe you’re just setting your expectations too high or you’re not sending out the confident vibes she’s looking for. Before you go out on your next night on the town, step back a bit and ask yourself if there’s anything you could change or improve to be more attractive to the opposite sex. But don’t give up. She’s out there and she’s waiting for you.

Want to learn more? Check out these Seduction Techniques for Men and Women.

Stuck home alone again on a Saturday night? Some people seem to get all the dates and all the luck. If you want to get an edge on the competition and increase your dating confidence, you need to give pheromones a try. Do pheromones actually work? Yes, pheromones have...