Pornography – Does it Help or Hurt a Committed Relationship?

Any sexually explicit material, be it printed or visual, can fall into the category of pornography. This means magazines with images of nudity and sexual acts, books or website that feature stories or descriptions of sexual acts, and adult movies that show people engaging in sex.

It’s possible. Men and women both enjoy some sexually explicit content in their lives be it an enticing photo in a magazine, a racy sex scene in a rated-R film or a dime-store paperback featuring muscle-bound heroes and heaving bosoms. What is the appeal? Well, our largest sex organ, believe it or not, is not the penis (or the vagina), it’s the brain. Whether straight, gay or bisexual, our eyes first see what we want and that visual stimulation goes to the brain. Sexual fantasy stimulates the brain and causes sexual arousal in the body.

If you can’t picture your boyfriend or husband sitting down to read a romance novel, there’s a reason for that. The material may be just as graphic as what he’s watching online but for him, the stimulation just isn’t direct enough. Men seem to prefer to watch the act, rather than imagine it in their minds. It’s direct, simple fantasy fulfillment. Women, on the other hand, enjoy the foreplay of a romance or erotica story. She wants to become invested in the characters and watch their struggles before they finally fall to bed, no longer able to contain their passions.

When it comes to women and men, it may be as simple as this: Men don’t fantasize about foreplay. They don’t need as much of a buildup when it comes to sex. They’re just looking for the end result. Women, on the other hand, enjoy the mounting sexual tension before the release. It’s part of the turn-on! 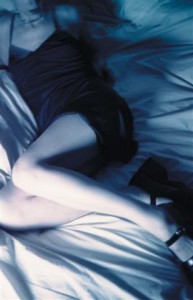 Sometimes, sex can get routine in a committed relationship. It’s not that you don’t desire each other anymore but life can get in the way. Sexual confidence can drop. He’s losing his hair. She’s gained a few pounds. Sex just isn’t as spontaneous and frequent as it used to be. One of the pros of watching adult movies with your significant other is it can bring back that feeling of raw passion and excitement. It can also feel like you’re doing something a little naughty and forbidden. Plus, watching the movies may give you some ideas for future sexcapades!

Another con of excessive pornography viewing is jealousy. If your significant other looks and acts nothing like the women in the videos you’re always watching, she may start feeling like she’s not good enough for you.

What do you think? Does pornography help or hurt a committed relationship?

Stuck home alone again on a Saturday night? Some people seem to get all the dates and all the luck. If you want to get an edge on the competition and increase your dating confidence, you need to give pheromones a try. Do pheromones actually work? Yes, pheromones have...