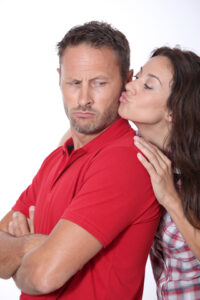 You’ll Turn Him Off in an Instant

When it comes to dating, there are a ton of so-called “rules” to follow. How you’ll behave on dates will depend on whether you’re looking for Mr. Right or Mr. Right Now. If you want to meet someone to settle down with and start a life with, there are a few dating mistakes you need to avoid making or you’ll send him running for the hills before you can even learn his last name.

1. Jumping into Bed Too Soon

Most men are going to try to flirt, beg or con their way into bed with you because it’s what they want. What you may not know is that a lot of men push the boundaries because they’re testing you. A woman who says, “no” is much more attractive for a long-term relationship because it tells him she’s not going to get physical with just anybody.

Plus, having sex on the first date makes it kind of serious but not really. I mean, you’ve seen each other naked but you don’t really know each other. That can put any developing relationship into an awkward stage that’s tough to back-peddle out of.

Most guys like, want, and need to pursue you so let them have fun in their chase. Don’t wait too long however, or you’ll end up in this weird friend territory that kills the passion fast.

Do you find yourself rushing to the phone when he calls or texting him back right away? Don’t. Being too available is a sure-fire way to look desperate. The next time he gets in touch, wait for an hour or two to get back to him. It deepens the mystery.

3. Saying Yes to Everything

Being agreeable is one thing but saying yes to everything he suggests and everywhere he wants to go will turn him off. A man wants to know you have your own mind. Say “no” every once in the while and he’ll work that much harder at trying to please you.

One of the most common dating mistakes women make is talking about their exes, especially on the first date! If you’re not yet over your ex, you’re not ready to date. If your past relationship was emotionally damaging, it might be a good idea to talk to a professional counselor before dating again.

5. Being Rude or Ungrateful

Being rude to the waiter or ungrateful to your date can send him running for the hills fast. Mind your manners and put your best foot forward on the first couple of dates. Even if you have a temper, keep it in check until you can get to know each other better.

Another common dating mistake women make is having unrealistic expectations of the men they go out with. Life is not a romantic book or movie; it’s life. Expecting the new man in your life to do everything you’ve seen in a fictional world will set you up for dating failure.

7. Talking About the Future too Soon

There’s nothing wrong with fantasizing about spending the rest of your life with a special new guy, just don’t mention it. Talking about the future too soon will scare him off.

8. Not Listening to Him

People love to talk about themselves. If you’re one of them, it could turn into a major dating mistake. Make sure you give him plenty of time to talk about himself. The more information he shares with you, the more intimately connected he’ll feel.

Just because you’re an evolved, 21st-century woman doesn’t mean you have to take over the date. Let him open doors, pull out your chair, and pursue you. Men are biologically designed to be the aggressor in a relationship. If you find yourself making all the first moves because he’s too shy, he might not be the one for you. A strong woman deserves a stronger man. Move on.

The new man in your life wants to feel wanted. He doesn’t want to feel like he needs to get a restraining order. Texting or calling him non-stop or worse, showing up at his home or work uninvited, is not cute, it’s creepy. Dial it back a little and let him come to you. Even if you’re really into him and you can’t wait to see him again, allowing him to pursue you will put him in the driver’s seat and will make him feel as though he’s the one in control.

Avoiding the dating mistakes mentioned above is your first step to a successful encounter. Your second step comes in the form of a secret weapon for dating called pheromone perfume. Pheromone perfume has been scientifically-proven to influence dating and mating behavior.

The type of pheromone cologne product you’ll use will depend on the desired effect. There are pheromones you can use to increase his feelings of trust and relaxation and other pheromones that will get him in the mood almost instantly.

To get him to trust you while reducing your own social anxiety, invest in a bottle of Edge Trust for Women. Edge Trust contains oxytocin, a social bonding pheromone that increases feelings of trust, warmth, openness, and security. Edge Trust also keeps his eye from wandering out on a date. When you wear it, he’ll treat you like the only woman in the room! 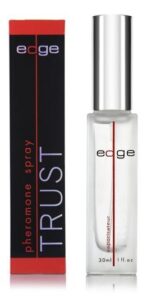 Most men don’t need too much help being encouraged to have sex but Primal Instinct for Women can be used to pick him up and keep him interested. If you haven’t yet found the right man to date, walk into a bar or club wearing this and you’ll have your pick! Primal Instinct contains two powerful pheromones; androstenol and copulins that signal to the men around you that you’re interested and looking for a mate. 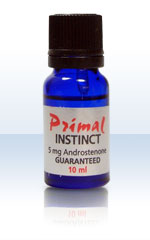 He Won’t Know What Hit Him

If you’ve been having difficulty attracting a man or holding on to him, these tips combined with the right pheromone cologne product will have him eating out of your hand!

← Prev: How to Make Someone Trust You Next: Gluten and Chronic Disease - The Connection Revealed - Video →